LAMPE BERGER, OVER 100 YEARS OF HISTORY... See also DIAGRAM of how it works in ABOUT Lampe Berger It was in 1898 , that the amazing Lampe Berger story started. In response to a major preoccupation at that time - a sepsis in hospitals - Maurice Berger, a dispenser, invented a system of diffusion by catalysis, for which he filed a patent. This revolutionary technology, which purifies the air in enclosed rooms, was soon to be applied for private use , giving birth to the Lampe Berger company. The little lamp which destroys bad smells saw its apogee during the1930s: fragrance provided the dimension of pleasure; the Lampe Berger became a collector’s item, each lamp being associated with a designer and major manufacturer such as Cristal de Baccarat, Cristalleries de Saint Louis, Emile Gallé, René Lalique, and then the top porcelain producers of the 1950s… Coco Chanel, Jean Cocteau, Colette or Picasso each had their own Lampe Berger. A company which, since then, has always continued to develop and reinvent itself in order to be more than ever present for people living in the 21st century. With over 5 million litres of fragrances and 800,000 lamps sold every year around the world, Lampe Berger is still a huge success, over a century after it was invented. Always a French company from the start, Lampe Berger enjoys a truly international reputation - distributed in 56 countries, present in 7,000 sales outlets around the world. 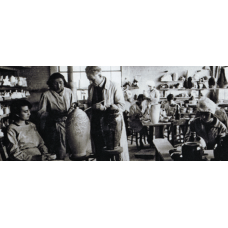 A History of Lampe Berger

LAMPE BERGER, OVER 100 YEARS OF HISTORY... See also DIAGRAM of how it works in ABOUT Lampe Berger .. 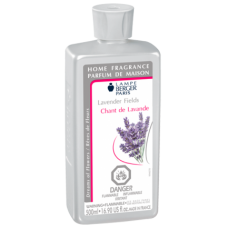 A floral fragrance with fresh lavender notes blended with a light camphor to produce an invigorating.. 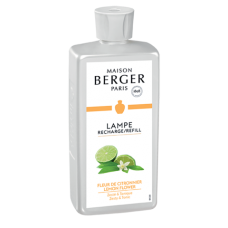 FREE SHIPPING ON ALL LAMPE BERGER PRODUCTS. It is a celebration, like fireworks, or a procession .. 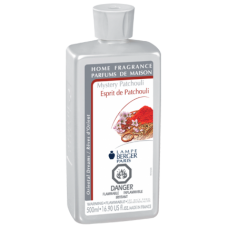 A sensual and modern composition of patchouli notes accompanied by soft and warm harmonies that waft.. 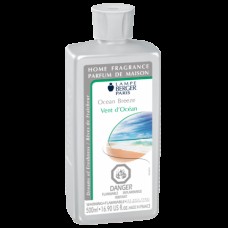 A fruity marine fragrance, an invigorating cocktail where marine notes reveal themselves on a hint o.. 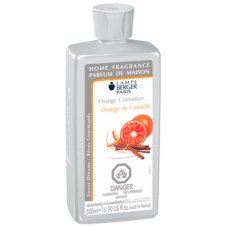 The freshness of citrus fruits combined with the warmth of spices and candied fruits, enhanced by a .. 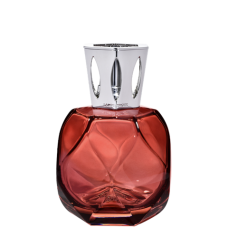 The Resonance Paprika Lamp made in a lacquered glass with diamond shapes and rounded edges pattern i.. 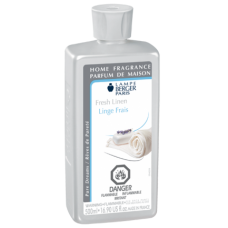 A breath of pureness and freshness in your home. An accord of fresh and gentle notes. Parfum de mais.. 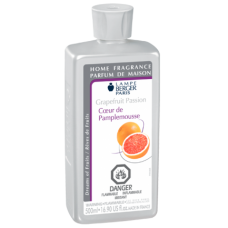 A sparkling fragrance extracted from the heart of a Florida grapefruit. A moment of happiness! 500ml.. 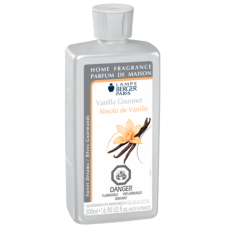 A cocktail of delicious notes blending the richness of a freshly cut bourbon vanilla pod, the sweetn.. 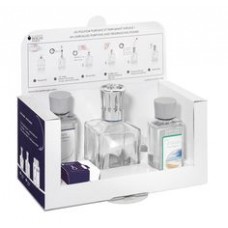 A lamp in transparent glass, with a sober and consensual design. Lampe Berger delivered with a home .. 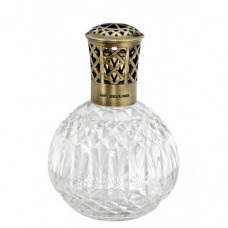 The lamp: in transparent glass. The ornament: emphasized, cut in the glass, freely inspired from the.. 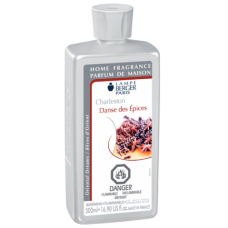 All the warmth and all the magie of the spices (cardamome, cinnamon and nutmeg) blended with the fas.. 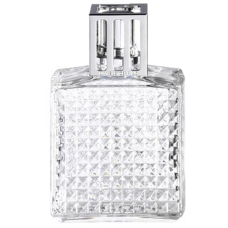 With a striking and masculine shape and iconic and trendy diamond motifs, rediscover the Lampe Berge.. 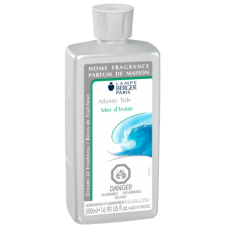 The ingredients contained in our Home Fragrances are subject to specific internal standards that are..